Warning: A non-numeric value encountered in /home/customer/www/symphonyofsoul.org/public_html/wp-content/themes/Builder-Air/lib/builder-core/lib/layout-engine/modules/class-layout-module.php on line 499

Leslie Hyland Rodgers is the Founder & Volunteer Executive Director of Symphony of Soul.  A professional Singer and Actress, Leslie Hyland Rodgers has performed in New York, California, Texas and France in a variety of mediums, including theatre, film, television and video.  A classical trained lyric coloratura soprano, Leslie enjoys singing a variety of styles, including jazz and musical comedy.  Leslie has recorded, produced and performed in Night & Day and Santa Baby, the first two installments of a music video trilogy with Le Vie en Rose set to complete the project in early 2017.  Leslie is also developing a short film and a Web TV series.  Leslie has produced three CDs. Sugar & Spice is a compilation CD benefitting the charity Symphony of Soul and featuring various musicians from the charity’s roster. Together with GRAMMY winning and former Disney composer, arranger and producer Gary Powell, Leslie has recorded and produced two compilations on iTunes: Just Smile, a collection of 12 jazz favorites from the 30’s and 40‘s and Love Notes, a collection of 7 of her mother’s favorite Broadway Showtunes. Leslie made Love Notes as a final tribute at the end of her mother’s life. Leslie has appeared in national television commercials for various products, as well as print and runway modeling in everything from sleepwear to bridal gowns.  She is a member of the Screen Actors Guild and the American Federation of Television and Radio Artists. 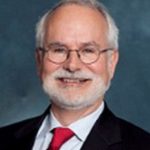 George Rodgers, MD, FACC, FACP is a cardiologist with the Seton Heart Institute.  He is a noted authority and is recognized as one of the nation’s top providers of cardiovascular care, as well as a premier healthcare resource to the residents of Central Texas. Dr. Rodgers is board-certified in both Internal Medicine and the sub-specialty of Cardiovascular Disease.  Starting in private practice as a clinical cardiologist in 1989, Dr. Rodgers has served as Medical Director of the Heart Hospital of Austin and President of the Austin Heart, PA. In 2005, he became President and Chief Medical Officer of Biophysical Corporation, an Austin-based company dedicated to advancing clinical knowledge through its research in the field of biomarkers. In 2009, he went back in to private practice with the Seton Heart Institute.  Dr. Rodgers has served on numerous local and national committees, including leading the American College of Cardiology (ACC) as Chair of the Board of Governors, Secretary of the College, and as a member of the Board of Trustees. He served as President of the Texas Chapter of the ACC. Dr. Rodgers co-founded and continues to volunteer as President of the Championship Hearts Foundation (CHF), which fights heart disease in Central Texas by providing youth athletes with screenings at no cost to the public. In 2013, Dr. Rodgers joined the board of directors of People’s Community Clinic (serving the uninsured and under insured population since the 1970’s). Currently, Dr. Rodgers is President of the Board for People’s Community Clinic.  In addition to his many leadership roles in the community, Dr. Rodgers finds time to volunteer his services as a cardiologist. Since 2006, he has provided care to patients at People’s Community Clinic. He also serves on the steering committee for the Community Care Collaborative (a partnership between Central Health, the hospitals, clinics and providers who serve the safety-net population of Central Texas). He gives generously of his time and expertise, providing cardiac care for patients who would have difficulty accessing it otherwise. Through his service to PCC, CHF, and UMCB, Dr. Rodgers has made cardiac care more accessible to innumerable Central Texans. 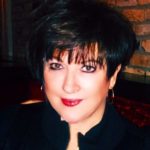 Gail Page is the Co-founder and Executive Chair of Consortia Health and the Managing Partner of Vineyard Investment Advisors. Consortia Health is committed to supporting healthcare professionals with identification, diagnosis and treatment of pelvic floor disorders. Vineyard Investment Advisors is focused on partnering with entrepreneurs, businesses, and universities to transform their ideas into products and services. 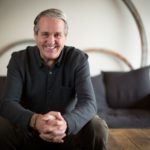 Geoffrey Ryder is a Global Account Sales Director at CenturyLink Technology Solutions. A resident of Austin for over 10 years, Geoffrey was born in DC. His father was in the State Dept, so as a child Geoffrey’s journey began living and learning about various cultures. He grew up overseas in Germany, Sweden, Trinidad & Tobago, and the Bahamas. Upon returning to US, Geoffrey went to Tabor Academy and Studied Business at Roanoke College. Geoffrey is former US Marine and Cancer survivor. He had the fortune to travel to many other countries through the years. Geoffrey has always had an awareness and compassion for the world around him and has a great deal of compassion for global issues which has him to serve and volunteer for various non-profits. Geoffrey has a varied taste and love for music and a compassion for those less fortunate. 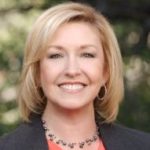 Tamra Swindoll is the President & Founder of Catalyst Consulting and a respected resource in the healthcare industry, working closely with physicians, ancillary groups, dentists, hospital systems and payer organizations since 1988. Tamra’s strong networking and negotiating skills combined with an extraordinary understanding of the logic, mechanics, and political environment of the healthcare industry provide a distinct advantage for our clients.  Prior to founding Catalyst, Tamra held executive positions with several Fortune 500 healthcare organizations where she was responsible for new medical market development, physician recruiting, sales, strategic planning, and contract negotiations. This experience provided Tamra with a diverse perspective on the complexities of developing and operating a successful health care business. Recognizing the need for physician, ancillary and hospital groups to have specialized business representation on an outsourced basis, she founded Catalyst Consulting in 1998.  Since then, Catalyst has become recognized as an established, valuable resource in the medical community. Renowned for a high standard of excellence in service and support, Catalyst has launched hundreds of new medical businesses and provided ongoing management solutions to ensure clients’ profitability and ongoing improvement in a rapidly changing environment.